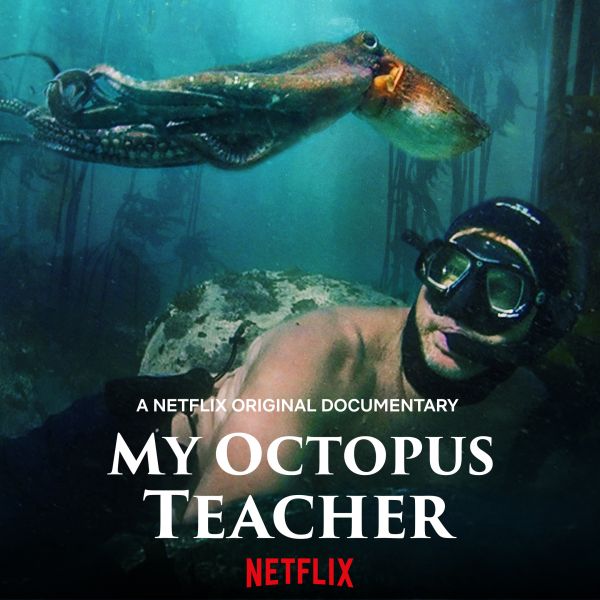 IMAGINE BEING ABLE TO SAY – WE WON THE OSCAR

Every person in the film industry dreams of one day being able to shout out loud – WE WON THE OSCAR!!! –  In the early hours this morning, AFDA alumnus Kyle Stroebel said just that,  after the South African documentary “My Octopus Teacher” on which Kyle is credited as the colourist, walked away with the Oscar for Best Documentary Feature Film. It also comes as no surprise that he added the words, “Easily the best month of my life. I love everyone!!!” considering that “My Octopus Teacher” also bagged the Best Documentary Feature Film award at the BAFTA’s a week ago.

A few weeks ago, when interviewed about the documentary being nominated for these two prestigious awards, Kyle spoke with enthusiasm about his craft as a colourist and about the impact that My Octopus Teacher had on him. Having immersed himself in this documentary, Kyle now swims in the ocean almost every day. He spoke fondly about working with Craig Foster, the narrator and filmmaker, and expressed how grateful he was to have had worked with such amazing crew members. Their intentions behind the creation of this documentary were embedded in authenticity and were all about capturing the story that was unfolding in front of them; something that Kyle emphasised was a pleasure to be a part of. He continued to praise the crew and the team behind him, revealing that it couldn’t have been done without them.

Kyle Stroebel’s work, however, isn’t limited to this originative documentary. His colourist filmography includes another Netflix production titled Blood & Water; a series about a teenager working to uncover a mysterious family secret as well as navigate the complicated society in a South African high school.

Another South African work in Kyle’s colourist filmography is the comedy TV series Tali’s Baby Diary; a mockumentary that follows Tali while she works on becoming a ‘momfleuncer’, as well as the shenanigans of Darren and Rael negotiating the Cape Town property game.

Kyle Stroebel is one of the top colourists in South Africa and is in such a position due to his apparent talent and discernible aptitude. Kyle completed his BA at AFDA in 2007 before going on to do his honours. While completing his honours, Kyle worked as an intern at Condor where he wrote his thesis and assisted the head colourist at the time; working at all hours (including 4 am) to fetch negatives, film and tape stock, and do whatever needed to be done.

In 2009, Kyle was hired full time and after two years he was given one-light grade opportunities and transfers when the main colourists were too busy or didn’t want to work at 2 am. By 2010, Kyle was a dailies colourist and an assistant editor working for Waterfront Studios where he worked on his first movie titled Blue Crush 2. Continuing to work on other projects, Kyle was given a Coca Cola commercial to grade; “and that’s when people started to think that I may be a colourist in the making.”

Kyle then worked on Robert Mugabe, a documentary that opened the Encounters South African International Documentary Festival where he began to make a name for himself. From there, Kyle worked on Spud 2 and 3, Perfect Wave, Wallander and Eye in the Sky at a company called Collective Dream. Kyle had also done commercial work for Panasonic, Audi, Sanlam, Woolworths, Castle Lite, Cape Union Mart, Nestle, and worked on documentaries for National Geographic and the Smithsonian. Kyle also completed the first-ever final delivery in South Africa for Universal Pictures with Bring it on 6 and Samson, both with international distribution deals.

Kyle is currently employed at Refinery, a premium production company based in Cape Town. Future projects for Kyle include South Africa’s third Netflix original series, a series for Canal Plus in France and a movie shot by Zenn van Zyl. Such exciting future projects, and felicitous nominations, are truly indicative of Kyle’s talent and skill set.

A huge congratulations to Kyle Stroebel, and his team, for winning these coveted and esteemed awards.