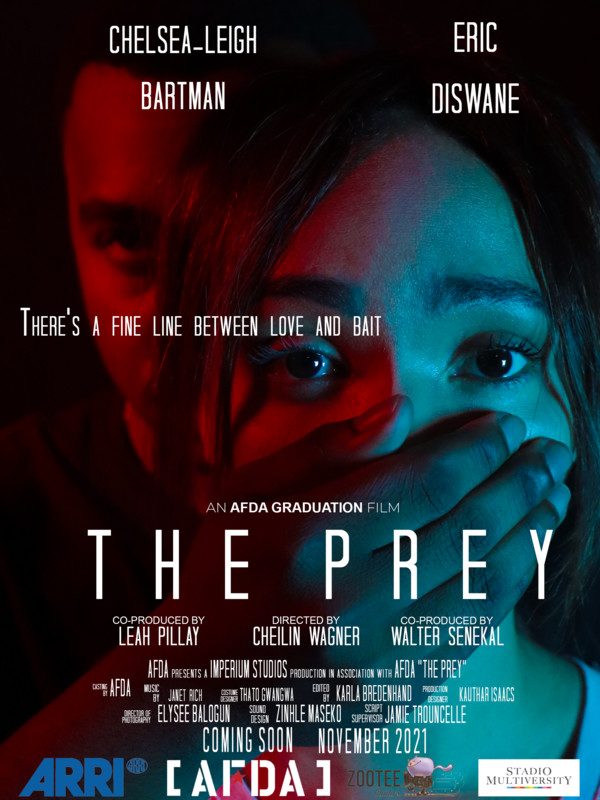 The AFDA 2021 3rd year graduation film, “The Prey”, written and directed by Cheilin Wagner and produced by Leah Pillay & Walter Senekal, has been selected as a Quarter-Finalist at the New York International Film Awards.

The New York International Film Awards (NYIFA) is a Monthly Film and Script Competition with a public Screening Event held in the very heart of Manhattan, New York City, every three months. Our Mission is to celebrate films and filmmakers from all over the world and to be the next step in their career.

Each month, NYIFA awards the best projects through private screenings. Every submitter can enter multiple categories in order to increase their chances to receive an award. Every Quarter-Finalist, Semi-Finalist, Finalist and Winner will receive our Official Laurel. Award Winners will also receive their Certificate of Achievement in HQ digital format and be listed on the NYIFA website.

“The Prey” has also been accepted at the Lift-Off Global Network First-Time Filmmaker Sessions 2022 Official Selection.

The Lift-Off Global Network is an organisation encompassing worldwide live screening events, distribution initiatives, a seasonal awards ceremony, and an ever growing and active Network of indie film creators.

Initially a film festival, Lift-Off has grown into being a huge platform for emerging artists. This includes feature film content, shorts, commercial, music video content, animations and experimental arthouse. We also feature a script promotion and exchange platform, along with extensive production initiatives.