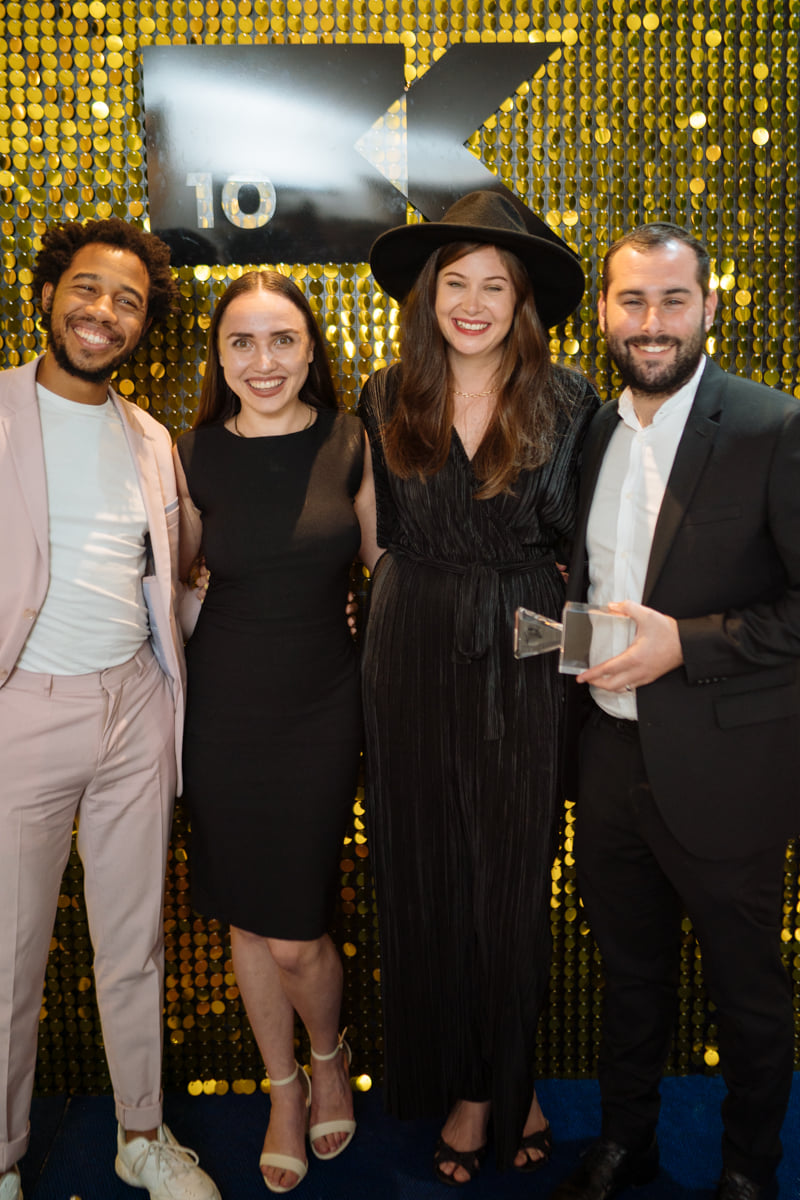 “Within the past few years we have all experienced tremendous loss and loneliness in many shapes and forms, which is why the story of “Leemtes en Leegheid” truly resonates with audiences. It is an intimate short film that explores what happens when we have to learn to live without those we love so dearly. Winning the Audience Choice Award and Best Short Film at Silwerskermfees show how deeply the themes and characters within the film are able to penetrate the hearts of all who watch it.”

“This film was a true collaboration between a stellar team that really put their hearts and souls into this story. The end product is so intame and moving because of the nuances and intricate details that were added across departments that really breathed life into the characters, world and story.” says writer and director of “Leemtes en Leegheid” Jordy Sank.

AFDA alumnus Regardt Visser was also amongst the awards at Silwerskerm, picking up the Best Editing award for his work on the short film “Die Horries”.

The kykNET Silwerskerm Film Festival is a prolific South African and Afrikaans film festival that has nurtured, developed, and empowered the local industry for more than a decade. As such, it has proven to be a seminal platform for veteran and emerging filmmakers alike. Alongside the world or South African premieres of the latest feature films, the Silwerskerm Film Festival showcases the handiwork of young talent with a series of short films in a variety of genres. These short films are produced with the festival’s financial backing and mentorship. Besides the cinematic delights and shorts in the running for the coveted Silwerskerm Film Festival Awards, which honours outstanding performances in front and behind the scenes, the packed festival line-up included must-see recent existing local films, documentaries, panel discussions and workshops. Renowned international guests also share their knowledge and expertise at industry masterclasses.

The first Silwerskerm Festival, hosted in the Karoo town of Prince Albert, featured only one film with the apt title, ’n Saak van geloof [A Question of Faith]. Since these humble beginnings, more than 160 short films and 50 prominent feature films have made their debut at the festival. The list of success stories linked to the festival is impressive. Apart from creating new job opportunities, our Silwerskerm films have garnered several international accolades, and some of the country’s illustrious producers, directors and screenwriters entered the industry as winners of the short film project.