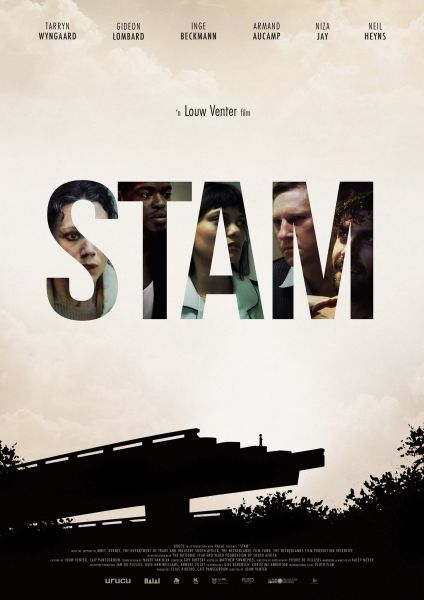 “This is not a Burial, it’s a Resurrection” , directed by Lesotho-born, Berlin-based filmmaker Lemohang Jeremiah Mosese and produced by AFDA alumni Cait Pansegrouw and Elias Ribeiro, was one of the most-talked-about films at the Durban International Film Festival this year.

The movie tells the story of an 80-year-old widow who awaits the return of her son from the gold mines. However, she descends into grief and mourning when she receives the news that her son has died.

The film took more awards than any other film, namely for Best Direction, Artistic Bravery and Best Actress (Mary Twala).

“Stam”, directed by Louw Venter and produced by Cait and Elias, also proved to be a popular film at DIFF, walking away with the highly prestigious, Best South African Feature Film Award. The suspense-driven film will also be on DStv’s Box Office on 2 October.

“Wow!!! We took home 4 awards at DIFF 2020. Thank you to the jury and to Durban International Film Festival for this recognition and for keeping cinema alive in our homes! Congratulations and thank you to the respective teams behind these films. Much love to you all I am immensely proud and forever grateful for the privilege to tell stories on this continent.” says producer of “Stam” and “This is not a Burial, it’s a Resurrection”  Cait Pansegrouw

Cait and Elias previously produced the film “Inxeba” (The Wound), which screened at more than 60 festivals worldwide, winning 28 awards. “Inxeba” was also selected as South Africa’s official entry for the Academy Awards for Best Foreign Language Film in 2018, making it to the December shortlist of 9 films.

For the first time in its 41-year history, Durban International Film Festival (DIFF) went virtual from 10 to 20 September 2020. This prestigious South African international film festival is a unique phenomenon on the African cultural calendar. The festival screened over 50 selected films, and the international nature of the festival was balanced with a highlighted component of the finest of African cinema.

“DIFF prides itself on discovering and nurturing new talent, and each year we select films from a diverse number of first-time feature-length directors. The 41 st edition was no exception with almost 30% directorial debut feature-length productions on showcase, which we are very excited about” says Head of programming and AFDA alumna Chipo Zhou.

The 41st edition of the festival was organised by the University of KwaZulu-Natal’s Centre for Creative Arts, in partnership and with the support of US Consulate Durban, KZN Film Commission, the National Film and Video Foundation, the Gauteng Film Commission, KZN Department of Arts & Culture, the Film and Publications Board and other valued funders and partners.