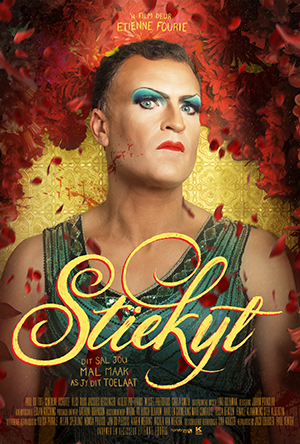 AFDA alumni and student films continue their strong showing at the kykNET Silwerskerm Film Festival this year with ten films screening in competition. The 10th Silwerskerm Film Festival includes nine local feature films in competition for the festival’s prestigious awards and 17 short films produced with the financial support of kykNET and the festival.

In the student film category, two AFDA 2020 honours graduation films will be screening. These include: “Four Walls and a Roof”, directed by Keelan Nieuwstadt and “Quiet on Set”, directed by Natasha Luttjeboer and Jessica Teixeira.

The kykNET Silwerskerm Film Festival is a prolific South African and Afrikaans film festival that has nurtured, developed, and empowered the local industry for more than a decade. As such, it has proven to be a seminal platform for veteran and emerging filmmakers alike. Alongside the world or South African premieres of the latest feature films, the Silwerskerm Film Festival showcases the handiwork of young talent with a series of short films in a variety of genres. These short films are produced with the festival’s financial backing and mentorship. Besides the cinematic delights and shorts in the running for the coveted Silwerskerm Film Festival Awards, which honours outstanding performances in front and behind the scenes, the packed festival line-up includes must-see recent existing local films, documentaries, panel discussions and workshops. Renowned international guests also share their knowledge and expertise at industry masterclasses.

The first Silwerskerm Festival, hosted in the Karoo town of Prince Albert, featured only one film with the apt title, ’n Saak van geloof [A Question of Faith]. Since these humble beginnings, more than 160 short films and 50 prominent feature films have made their debut at the festival. The list of success stories linked to the festival is impressive. Apart from creating new job opportunities, our Silwerskerm films have garnered several international accolades, and some of the country’s illustrious producers, directors and screenwriters entered the industry as winners of the short film project.

The 10th anniversary Silwerskerm Film Festival takes place from 23 to 26 March. This time, it’s a hybrid event that plays out simultaneously at a physical venue and digitally on our website. While a limited invited audience will attend the festival in person in Camps Bay, under strict Covid protocol, all the feature films, short films and activities taking place at the Bay Hotel will be streamed online.