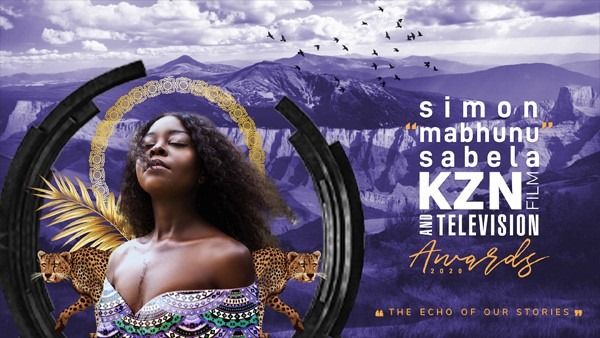 The director of “Thulile”, Andre Cronje, who chose to do his honours degree at AFDA after 20 years of working in the entertainment industry, won the Best Student Film Award and Megan Van Der Merwe took the Best Short Screenplay Award. Megan’s achievement is extraordinary as she won for her work on a student film up against films written by seasoned professionals from the film industry.

“It’s such a joy to see our students films and crafts recognised as I know how much hard work went into the creation of these films, as I was the Head of Postgraduate studies in 2019,” says newly appointed AFDA Durban Dean, Dr Janet van Eeden. “AFDA student films have an extraordinary record at the Simon Sabela Awards, having won the Best Student Film award for the last seven years in a row. What is also remarkable is to see our students and their films nominated and winning in the same categories as professional filmmakers.”

It is also great to see AFDA Live Performance School graduates reaping the benefits from the Screen Acting Methodology course introduced at AFDA four years ago, with three nominations in the acting categories at the Simon Sabela Awards this year. Last year we saw Sibongiseni Shezi of Uzalo fame win the Best Actress in a Feature Film for her stand out performance in the AFDA Durban 2018 experimental film “Run”.

Simon ‘Mabhunu’ Sabela Film and Television Awards are prestigious awards aimed at recognizing outstanding achievement and talent in the film and television industry, with a particular focus within the KwaZulu-Natal province.

The awards, named in honour of the late South African Film legend and icon Mr Simon ‘Mabhunu’ Sabela, are an initiative of the KZN Department of Economic Development, Tourism and Environmental Affairs are implemented by the KZN Film Commission.