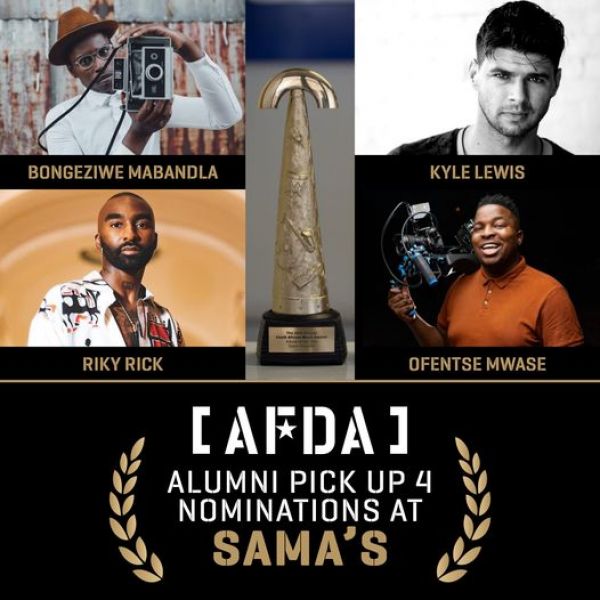 The nominees for the 27th edition of the South African Music Awards (Sama27) were announced on SABC1 on the 19 May with AFDA alumni bagging four nominations in three categories.

In the Best Alternative Music Album category, alumnus Bongeziwe Mabandla received a nomination for his most recent album “iimini”. Bongeziwe has previously won the SAMA in this category in 2018 with his album “Mangaliso”.

“We are delighted with the calibre of nominees for SAMA27,” RiSA CEO Nhlanhla Sibisi said. “This is a reflection of the music industry and the movers and shakers who made an impact in 2020-21, a very difficult period in which the industry had to deal with a crippling global pandemic. It was through music that life became bearable and for that we thank our artists who continue to redefine, reinvent and reimagine their business.”

The South African Music Awards is a premier music showcase hosted by RISA. This annual event honours the country’s finest music talent. Nominees also take the stage by storm with a series of epic, never-to-be=repeated performances, as the nation watches SA’s finest talent at work.