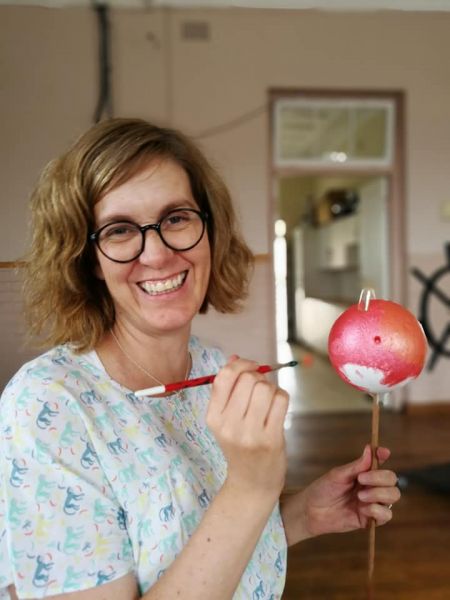 The show must go on, and it did at the 55th Fleur du Cap Awards. With the current lockdown making the prestigious annual red-carpet event impossible, the theatre fraternity got the chance to celebrate in a virtual space on the 18th May on various social media platforms.

A round of applause must go to AFDA Live Performance alumna Jenine Collocott, who once again got in on the act at the Fleur du Cap, receiving the Best Puppetry Design Award for “The Old Man and the Sea”.

Established in 1965, the annual Fleur du Cap awards known as South Africa’s leading performing arts competition, focuses on professional theatre productions staged in Cape Town and environs. It is sponsored by Distell and has served as launching pad for many of the country’s most prominent names in theatre, while honouring many of its most established talents.

Each winner received R15 000 and a silver medallion. The Fleur du Cap Theatre Awards were audited by The Finance Man, with legal services provided by Cluver Markotter.

She was named one of Cosmopolitan magazines fun, fearless, females. She studied theatre creation under master pedagogue Giovanni Fusetti at his school Helikos in Florence, Italy. Prior to that she has her BA Honours from AFDA in Live Performance. Her production Making Mandela won the 2016 Naledi for Best Youth Production and was most recently selected as part of the Assitej World Congress Main Programme. Much of her work has travelled internationally, namely Dirt (Official selection Fringe World, Perth and the Brighton Festival); Sunday Morning (Official selection Edinburgh Festival); A Day in the Desert (Sold out tour in California).

Jenine is an acclaimed director and designer and has been nominated for a number of awards, namely; best director and lighting designer for Sunday Morning at the Naledi Theatre Awards; Best design and director for The Snow Goose at the Fleur du Caps and the Naledi awards respectively; The Handspring Puppet Company Award for best design for High Diving. She has won Ovation Awards for High Diving, A Day in the Desert, Making Mandela and The Devil and Billy Markham.