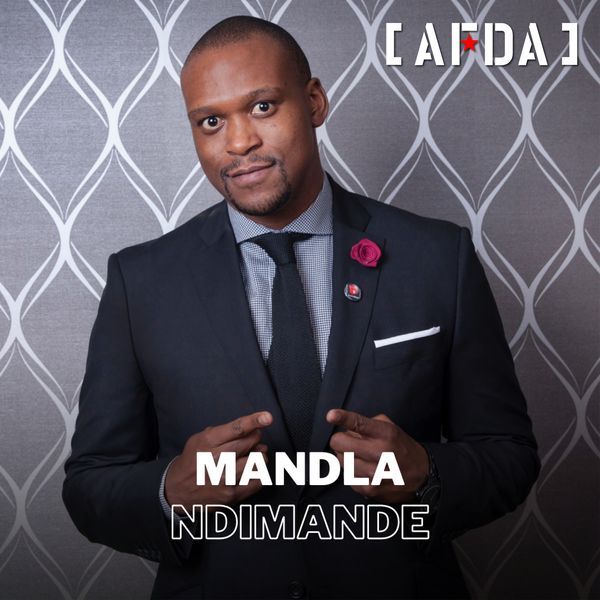 AFDA alumni have made a huge impact on the Television Industry both locally and abroad, working in all forms of television content, from drama series to soapies, game shows, magazine shows, tele- films and tele novelas on SABC, Mzanzi Magic, Mnet, DSTV, Showmax and Netflix.
Today we celebrate four of our alumni who started their careers in television as actors and then migrated behind the camera, producing, writing and directing films and television series.
MANDLA NDIMANDE: AFDA Johannesburg alumnus, Mandla N. is an actor, musician, producer and entrepreneur best known for his starring role as Themba Khumalo in the SABC1 sitcom City Ses’la and its spinoff series Ses’Top La.
Along with fellow AFDA graduate Tumi Masemola, he formed the production company Black Brain Pictures which has made several series he has starred in. Black Brain Pictures has accumulated a number of awards, including 26 SAFTA Golden Horns, a SAMA and two Promax awards.
In 2017, the show Mandla created, Lockdown became one of the most popular series shown on Mzanzi Magic. Mandla N’s debut feature film, Loving Thokoza, premiered worldwide on the 20th of May 2020 on Showmax. The film was shot in only 9 days just before the Covid – 19 lockdown.
GUGU ZUMA: AFDA Cape Town alumnus Gugulethu Zuma-Ncube, or Gugu as she is known, has managed to establish herself as a very prominent and influential individual in the South African entertainment industry.
After graduating from AFDA, Gugu landed the role of Sergeant Bhelu Mini in the SABC 1 drama series Interrogation Room, from 2007-2008. She played Lesedi Moloi in the SABC3 series Isidingo, portrayed Coco, in the Mzansi Magic sitcom, It’s for Life and starred as Zozo Mufatso in the e.tv soapie, Rhythm City.
As producer of Uzalo, the first Zulu language dominant show to be broadcast on SABC, she managed to dethrone the South African perennial favourite, Generations, as the most- watched TV show in South Africa with an audience of over 10 million daily. Her next series as producer, Mzansi Magic’s drama series Ifalakhe, also won the hearts of many South Africans.
Gugu, through her production company, Stained Glass Pictures, recently announced the premiere of her new series Lingashoni which will air on 1Magic DStv channel 103 on 22nd March 2021 at 19h30, Mondays to Thursdays.
THOMAS GUMEDE: AFDA Johannesburg alumnus, Thomas Gumede, is a an actor and comedian best known for his role as Siphiwe in the SABC1 drama series A Place Called Home. He is also known for being the co-host of the SABC1 youth talk show The Cypher, which premiered in 2007. Other television series he has acted in include Gothia Caper, Mthunzini.com, Backstage, Home Affairs and Soul City, among others.
He has performed at numerous live comedy gigs, including the successful 99% Zulu Comedy Show in Durban. Thomas was the host of the SABC1 reality competition talent show So You Think You’re Funny!. He produced and starred in the Vuzu reality series Forever Young. In the same year he was one of the starring cast members of the SABC3 satirical sketch comedy series Sketch U Later.
Thomas then moved behind the camera directing the show, Abomama for Mzansi Magic, which received rave reviews from critics and became a hit with fans on social media.
Thomas’ debut as a film director was on romantic-thriller Inhliziyo Yethu, starring Kenneth Nkosi, Siyabonga Radebe and Zikhona Sodlaka.
THISHIWE ZIQUBU: AFDA Johannesburg alumna, Thishiwe Ziqubu, is a multi-award winning South African actor, writer, director, and content producer.
Thishiwe is best known for her role in the 2014 action romance, Hard to Get, available on Netflix. For this performance, she holds three prestigious awards: Best Actress at the Africa International Film Festival (AFRIFF) 2014, Best Newcomer Actress at the Simon Sabela Awards 2015, and Best Actress at the South African Film and Television Awards (SAFTAs). She also holds a Best Supporting Actress award for the box office success, Tell Me Sweet Something. To add to that, Thishiwe also starred in the international BET mini-series Madiba and The Book of Negroes.
As a director of the production company, Ngonyama Kapital, Thishiwe produced, head wrote, co-produced and co-created the mystical realism mini-series, Emoyeni.
As a writer/director, she has four short films under her belt, two of which she produced. She has also written for television soap operas Isidingo and Rhythm City and for Is’Thunzi, a drama series.
In 2019, Thishiwe directed episodes of the second season of TV series MTV Shuga Down South. Thishiwe is currently at work on her directorial début feature film Stellar Collision, where she also plays the roles of writer and executive producer.