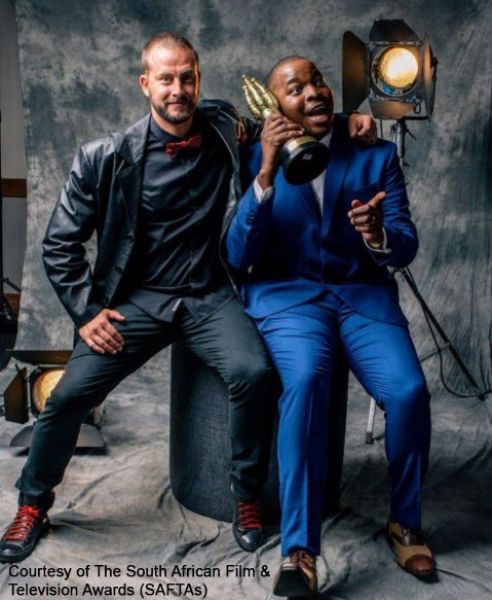 AFDA BRAG – THE SAFTA PODIUM IS HOME TO OUR ALUMNI CINEMATOGRAPHERS

Since the start of the South African Film and Television Awards (SAFTA’s) 15 years ago, AFDA alumni cinematographers have dominated the awards winning over 30 Golden Horn awards for cinematography in all the different cinematography categories in film and television. These include 7 Golden Horns for Best Cinematography for a Feature Film, with alumnus Willie Nel picking up 3 of these for his work on Die Verhaal van Racheltjie de Beer (2020), Meerkat Maantuig (2019) and Sleepers Wake (2014).

We thought it apt to blow our own trumpet and celebrate the award-winning careers of a few of our SAFTA Golden Horn cinematography award winners.

TOM MARAIS: Tom Marais, SASC, is an AFDA Johannesburg, Postgraduate in Motion Picture Medium and one of South Africa’s top award-winning cinematographers and entrepreneurs. With 21 local indie films and 9 TV series behind him, his first international production was Hunter Killer (2018) with frequent collaborator and fellow South African director/producer, Donovan Marsh. He has enjoyed a prolific career and is best known for his work on films like Ballade vir ‘n Enkeling, iNumberNumber, Roepman and Bakgat! He has collaborated with musicians such as Lebo M, Skwatta Kamp and Klopjag on music videos and shot commercials for MTN, FNB and Nashua, among many others. Top television dramas that Tom has filmed include Soul City, Home Affairs, Intersexions and Jacob’s Cross. His awards include: M. Carroll Raver Award for Cinematography (2016), the SAFTA Golden Horn Award – Best Achievement in Cinematography (2014;2015) and Best Cinematographer at the Silwerskerm Festival (2013;2014).

MOTHEO MOENG: AFDA Johannesburg alumnus, cinematographer and photographer Motheo Moeng, graduated in 2010 and has already established a name in the South African film industry, with his work recognised by the South African Society of Cinematographers (SASC). His most recent director of photography film credit is on the film Matwetwe, directed by Kagiso Lediga, which has taken the South African box office by storm, raking in close to 1M ZAR on its first weekend. This is a phenomenal figure considering it only screened in 17 cinemas nationwide.

In 2014 he masterfully shot the multi-award winning and South African Oscar candidate film, Thina Sobabili, directed by fellow alumnus Ernest Nkosi. He then went on to shoot the features Catching Feelings (2017) and Baby Mamas (2018). At the SAFTA’s 2018 Motheo was given just reward for the quality of his work, receiving the Best Achievement in Cinematography for the TV Drama – Tjovitjo, alongside fellow alumni Marius Van Graan and Ofentse Mwase.

MARIUS VAN GRAAN: AFDA Johannesburg alumnus, Marius van Graan, is a highly creative, resourceful and multi-skilled filmmaker. After graduating from AFDA, Marius started in the Camera Department and over the next few years, he honed his skill at crafting beautiful and meaningful images whilst moving towards becoming a director and also extending his skills into editing to become a fully independent filmmaker. Marius has worked in the film and photographic industries for the last 15 years in almost half the countries in Africa, as well as having filmed projects in Italy, China, India, and the United States. He is passionate about both the moving and the still image, and it’s power to influence thought, change people’s points of view, and influence policy for positive change. In 2018, Marius won Best Cinematography for a TV Drama (Tjovitjo) and Best Cinematography for a Feature Documentary (Skulls of my People) at the South African Film and Television Awards.

OFENTSE MWASE: AFDA alumnus, Ofentse Mwase is a filmmaker and co-owner of OM Films. He graduated with an Honours Degree in Cinematography in 2011. Ofentse was voted AFDA Best Cinematographer of 2010 for his work on the Short film IGOLIDE, shot on 16mm Kodak film. Thato, a Sterkinekor commercial shot in 2011 on 35mm Kodak Film by Ofentse was also nominated for the prestigious Loerie Award and went on to win a Silver Loerie in the Student Commercials category. One of his greatest achievements thus far as a Music Video director was winning Music Video of the Year in the 2017 South African Music Awards (SAMA) for his video titled Ameni. In 2018, Ofentse won Best Cinematography for a TV Drama (Tjovitjo) at the SAFTA’s.

He has won over 21 prestigious awards during his time in the industry. With over 10 years of experience in film, commercials and music videos, Ofentse is set to be one to look out for in the South African film industry as he continues to be involved in great projects for TV and Commercials.

NATALIE HAARHOFF: Natalie Haarhoff is a director & cinematographer based in Johannesburg, South Africa. She graduated from AFDA Johannesburg with a B.A (Hons) degree in Motion Picture Medium. Whilst she was a student, she won an Avanti Craft Award for Cinematography on a short film. She also won an M-Net Best Student in Film and Best Cinematography, at the AFDA Awards in 2000. From there, she went into the professional industry as a camera loader and focus puller on features, commercials and television series.

Natalie has directed on no less than eight dramas, she has been the cinematographer on at least 7 television drama series, 4 feature films, and more than 20 long-form documentaries. Across the categories, many of these productions garnered local and international awards. These awards include, a SAFTA for Best Cinematographer on a Drama Series, a BAFTA for Best Feature Documentary and a Silver Award at the SASC Visual Spectrum Awards for Cinematography, to name a few. Her strength lies in laying the foundation for outstanding performance and blending this with her years spent being a cinematographer.