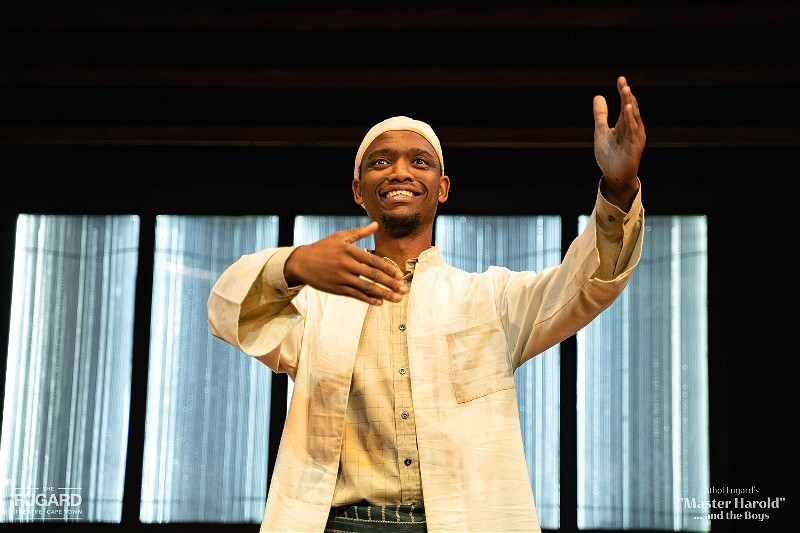 AFDA are extremely proud to announce that 4 AFDA Cape Town live performance graduates have been nominated at the 57th Fleur du Cap Theatre Awards. The ceremony will take place later this month at the Nederburg winery in Paarl.

Liz adds, “Live Performance has had no less than 2 nominations each year since 2018 and 3 in 2021. We also proudly acknowledge our previous winners Luntu Masiza (2018) and Nancy Sekhokoane (2019).

In a first, this year, we have past graduates nominated in other categories. A previous Most Promising Student nominee, Ntlanhla Kutu is nominated in the Best Performance by a Supporting Actor in a Play, Musical or Music Theatre Production category for his various roles in The Unlikely Secret Agent directed by Paul du Toit. Also nominated in this category is Siya Majola for his role in Master Harold … and the Boys directed by Greg Karvella. I am so proud of our students and staff!”

Tracey Saunders, who is convenor of the Fleur du Cap Theatre Awards’ student panel, adds, “It’s been another unprecedented academic year for students during 2021, and yet, they showed again how the creative spirit remains unbowed. From the monologue staged by a student completing her post-graduate degree to small groups of students rehearsing in isolation before coming together on stage for a breath-taking performance of Cats, their work continued. In small ways and large gestures students and lecturers supported each other through the twilight world of Covid academia and created magic in their virtual and physical classrooms which they shared despite all obstacles.”

The Fleur du Cap Theatre Awards, amongst the most coveted within the South African performing arts fraternity, have been honouring theatre excellence since 1965. Support for the theatre also has a broader significance. Long before our democracy was entrenched, the theatre could give a voice to the otherwise unheard. Today, it continues to provide powerful and challenging insights and helps to transform the public consciousness.

Every year, Fleur du Cap winners are chosen after an evaluation of around 90 productions staged at some 20 venues in and around Cape Town. The judging panel comprises local critics,
journalists, writers and drama educators.

Theatre practitioners are recognised for acting, directing, staging and technical abilities.  Outstanding contribution to South African theatrical development and excellence is also celebrated. The public can also mingle with celebrities at a red-carpet awards ceremony hosted annually in March.