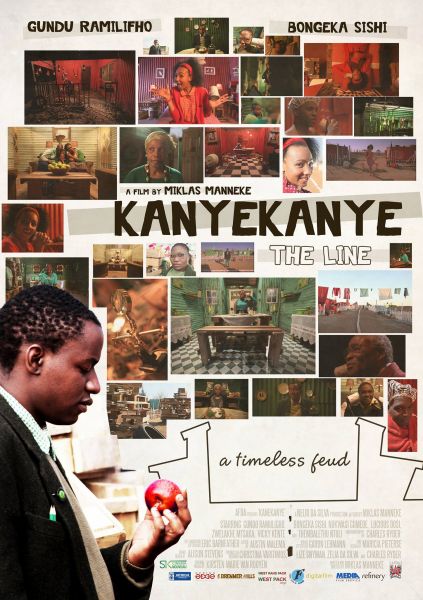 The multi-award winning 2012 AFDA Johannesburg honours graduation film, “Kanye Kanye”, directed by Miklas Manneke is the only South African short film in a selection of 15 international films selected by the Flickerfest in Australia to celebrate the festivals 30th year.  “Kanye Kanye” will be available to view on the Australian public broadcaster SBS On Demand channel for a twelve month period from the 1 January 2021.

“Kanye Kanye” – a romantic comedy that deals with a forbidden love affair between two young township teenagers – has in the last 8 years won over 40 international festival awards and was selected as a finalist for the Student Academy Award for Best Foreign Student Short Film in 2014.

“The wonder of film is the ability to change the world by creating another.” says director Miklas Manneke.  “It is great to know that my voice has had an impact on an audience and that I could bring a drop of enjoyment to the world from a South African point of view.”

Flickerfest began as a small local festival at the Balmain High School in 1991. Since then it has grown to become Australia’s leading Academy accredited & BAFTA recognised competitive Australian and International Short Film Festival with 1000’s of entries coming from filmmakers across the globe.

Flickerfest is considered in international circles as the leading Australian competitive short film festival and increasingly filmmakers view it as one of the main festivals on the world circuit. To maintain this high standard each year the festival director visits festivals around the world seeking new films most of which have not been seen in Australia.