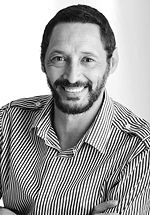 AFDA has the great pleasure to announce the appointment of David Dennis as the new Campus Dean of AFDA Johannesburg. David will be taking up this role from 1 January 2022.

“I have no doubt that he will lead the JHB campus with the passion, integrity, wit and wisdom we have come to expect of him. I want to wish David all the best in his new position. David has been heading up the Live Performance program on Johannesburg campus for the last seven years, with great success. Before joining AFDA David taught at a tertiary level for several years. He brings decades of industry experience to the position, across various platforms and genres. As a multi- award winning actor, David has also been the recipient of the Fleur de Cap and Naledi Awards, both of which while at the helm of the AFDA Johannesburg Live Performance School” says AFDA Johannesburg Dean, Henriette de Villiers

He also played the recurring character of Sew Sew Tukarrs in 10 episodes of the science fiction series Charlie Jade, in 2005.

Other television series he has appeared in include Sterk Skemer, Rhodes, Colossus of Africa (for BBC One), Behind the Badge, Isidingo, Justice For All (seasons 1 and 3), It Rained Last Night and Thetha Msawawa. He was also a guest on 7de Laan (2009), played Dr Balthazar in Rhythm City (2010) and guest starred on 90 Plein Street, in 2011.

In 2011 he was cast in the Cinemax original action series Strike Back in a recurring role and had a guest starring role in the second season of the ITV thriller series Kidnap and Ransom.

Other highlights from his film career include the role of Mr. Isaacs in Disgrace opposite John Malkovich; Mrs. Mandela, in the role of Ismael Ayob opposite Sophie Okonedo; the animated feature film Zambezia (replaced by Leonard Nimoy for the American release); and Darryl Roodt’s 2010 film Winnie where he appears as The TRC Chairperson in the final chapter.

He also played the role of Jacob in the feature film The World Unseen, based on the novel by Shamim Sarif, for which he received a SAFTA Award for Best Actor in a Supporting Role in a Feature Film, in 2009.

Awards in theatre and musical theatre productions include five prestigious Fleur du Cap Theatre Awards, four for Shakespearean roles in Twelfth Night, The Taming of the Shrew, The Merry Wives of Windsor and Two Gentlemen of Verona.

He has also received awards for his performances in The Ride Across Lake Constance, Loot, Frank ‘n Stein, The Rocky Horror Picture Show and the musical adaptation of Far from the Madding Crowd.

In March 2012 David won his sixth prestigious Fleur du Cap Theatre Award, four of which are for the enormous variety of Shakespearean roles he has played.

First for both Hortensio in Taming of the Shrew and Justice Shallow Falstaff in The Merry Wives of Windsor, the second for Malvolio in Twelfth Night, the third for a range of roles – Launce/Antonio/Thurio/Eglamour and Lucetta, a waiting woman – in Two Gentlemen of Verona and finally for Buckingham and seven other roles in Richard III.

Other awards include a Vita for Frank (Frank ‘n Stein), a Dalro Award for Riff Raff and another Vita for Frank ‘n Furter (The Rocky Horror Picture Show).

Musical theatre appearances include Pricilla: Queen of the Desert, Pangloss/Voltaire (Candide), Judge Turpin (Sweeney Todd), Riff Raff and Frank ‘n Furter (The Rocky Horror Picture Show), Michael (I Do I Do!) which opened the Theatre on the Square), Bela Zangler (Crazy For You), Gerald (Me And My Girl), Dr. Prospero (Return to the Forbidden Planet), the Spirit of Broadway SA tour, Starlight Classics with The CTSO & the Drakensberg Boys Choir.

In 2008 he played Charles Guiteau in Assassins, after some absence from the musical stage. In 2009 he appeared in the Market Theatre production of Brothers in Blood followed by Educating Rita co-produced with Anthea Thompson.

In 2010 he appeared in the National Arts Festival co-production of Richard III which also played the Artscape and Market Theatres in 2011, followed by Ruth and the Major General in the sell-out season of the Theatre On The Square production The Pirates Of Penzance.

He also starred in the world premiere of Ariel Dorman’s Delirium at the Market Theatre and in tandem with Brothers in Blood at the Witness Hilton Festival in Sept 2012.

The Pirates of Penzance, which won him the Naledi for Best Comedy performance and for Most Cutting Edge production, is also due for a return season at the Theatre On The Square for Christmas 2012. 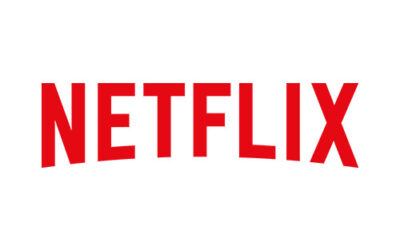 AFDA is proud to be a partner higher education institution for the 2022 Netflix Postgraduate Scholarship Programme. Netflix, the world’s leading entertainment streaming service, has announced a commitment of US$1 million towards the newly-established Netflix Creative...

END_OF_DOCUMENT_TOKEN_TO_BE_REPLACED 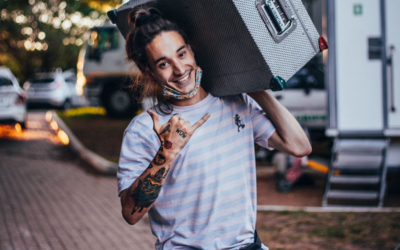 As a full member of CILECT - The International Association of Film and Television Schools since 2006, AFDA is recognised internationally, and all AFDA students and alumni have the opportunity to continue or further their studies at any of the 180+ CILECT member film...

END_OF_DOCUMENT_TOKEN_TO_BE_REPLACED 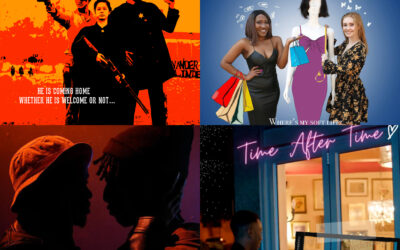 AFDA has selected twenty two 3rd year undergraduate and 4th year postgraduate 2021 Graduation Festival films from our Johannesburg, Cape Town, Gqeberha and Durban campuses to represent AFDA at film festivals around the world in 2022, on the national and international...

END_OF_DOCUMENT_TOKEN_TO_BE_REPLACED 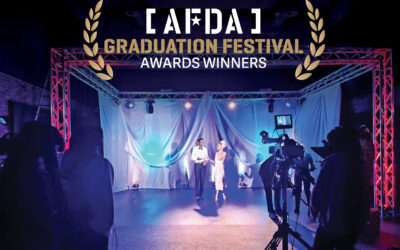 The annual AFDA Graduation Festival 2021 closed the curtain last night, celebrating another successful festival with the AFDA Awards. The awards ceremonies took place on our Johannesburg, Cape Town, Durban and Gqeberha campuses and were also streamed online. “The AFDA...

END_OF_DOCUMENT_TOKEN_TO_BE_REPLACED

AFDA, as part of STADIO HOLDINGS, sets to award its postgraduate students with shares in the business

In a revolutionary move in the higher education sector, AFDA will be purchasing STADIO Holdings shares for their postgraduate class of 2021. These graduates will become a part of the recently launched, STADIO Khulisa Student Share Scheme, and receive shares upon their...

END_OF_DOCUMENT_TOKEN_TO_BE_REPLACED 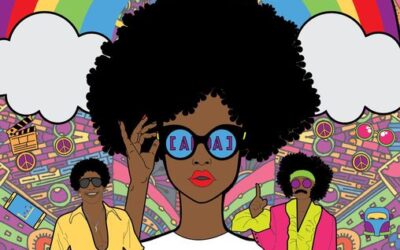 Over the last 25 years AFDA students in their final year of their Undergraduate and Postgraduate degrees showcase their work at the annual AFDA Graduation Festival.  The festival is a multi-faceted and multi-medium event, which will take on a hybrid format - hosted...

END_OF_DOCUMENT_TOKEN_TO_BE_REPLACED 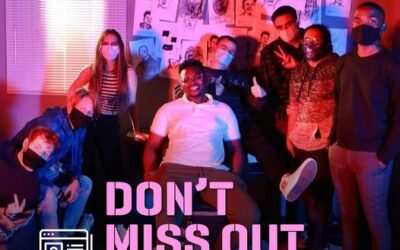 Don’t miss out on the Registration Day – 20 November

Make sure you start your first year at the tertiary institution of your dreams with no complications by ensuring you register by the end of the year. You’ve already got thoughts of your matric certificate on your mind for 2022 and those matric exams. Make your “new...

END_OF_DOCUMENT_TOKEN_TO_BE_REPLACED 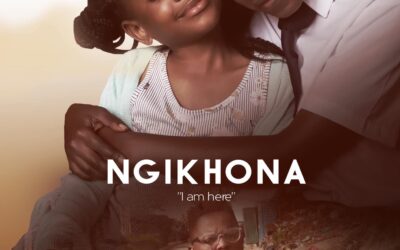 The short film “Ngikhona” directed by AFDA Durban alumnus Nathan Rice and written by fellow alumni Londiwe Shange won the Best Short Film award at the Rustenburg Film Festival 2021. This year I had the privilege of directing the short film, “Ngikhona” - A story that...

END_OF_DOCUMENT_TOKEN_TO_BE_REPLACED 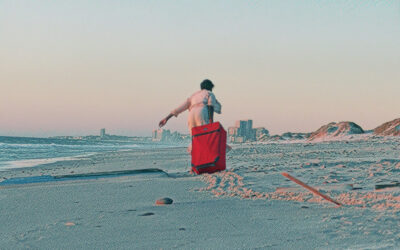 The European Film Festival Zimbabwe 2021 announced the winners of this year’s BIOSKOP! Zimbabwe Short Film Competition and AFDA Cape Town 2020 honours film “Four Walls and a Roof”, directed by Keelan Nieuwstadt, walked off with the Best Diaspora Film award. "It is a...

END_OF_DOCUMENT_TOKEN_TO_BE_REPLACED 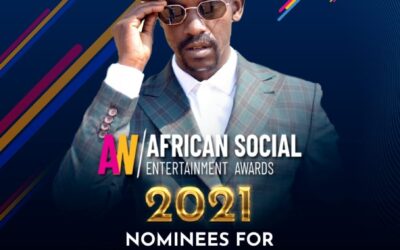 Three AFDA alumni have been nominated for four awards at the African Social Entertainment Awards. The awards aim to give a much-needed appreciation to the ever-growing social media industry and to give a factual presentation of Africans lifestyle to other continents....