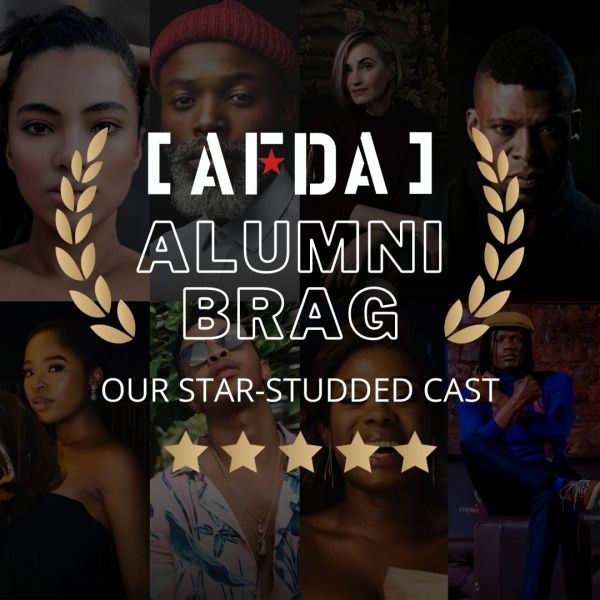 Over the last 26 years, our multi-talented and multi-award winning AFDA Live Performance alumni have not only become household names in South Africa and abroad for their roles and performances in feature films, television series and popular streaming platforms like Netflix, Amazon Prime and Showmax, but also on social media platforms, Instagram, Twitter and Facebook, influencing millions and millions online followers as experts in their fields and as brand ambassadors.

AMANDA DU PONT: Amanda is an actor, model, tv presenter and brand ambassador. She originally gained popularity for her role in “Muvhango” as ‘Thabisile Dlamini’, but her status as a certified celebrity in South Africa was solidified after she became a co-host on The Real Goboza.

She is the television presenter on ‘Biting About’ and ‘Man Cave’ on SABC 3 and lead actress on SABC 1 daily edu-drama ‘Skeem Saam’.

Amanda has featured in the feature films “Hear me move” and “Between Friends.” Her debut on Netflix was in the 2019 series Shadow and further starred on the SABC 3 comedy drama, Taryn and Sharon.

She is the new brand ambassador for Shield Deodorant, adding to her ambassador role for Adidas and to boot, she is also a shoe designer and has her own collaboration shoe line with Footwork. She has released her own limited edition backpack with international brand Sprayground.

THAPELO MOKOENA: AFDA Johannesburg alumnus, Thapelo Mokoena is a South African actor and television presenter best known for presenting the first season of Fear Factor South Africa, in 2005 as well as being the face of Hunters Dry TV ads.

Thapelo was the winner of the Youth Achiever Award at the 2017 SAFTAs. He is also the founder and owner of Easy Sundays Productions, a motion picture business that creates corporate videos, television shows, and films. He also created Air Movie Nights, a company that provides outdoor cinema events in both rural and urban areas.

DIAAN LAWRENSON: AFDA Johannesburg alumnus Diaan Lawrenson is a seriously multi-talented personality. Better known in South African households as ‘Paula’, for her role in the role in the TV soapie 7de Laan, Diaan was also recently appointed as Dean of the AFDA Cape Town campus.

Diaan also recently played the lead role of “Ingrid” in the film, Raaiselkind, for which she was nominated at the SAFTA’s 2019, she also acted in box office hit, Susters, directed by fellow AFDA alumnus Corne van Rooyen, she played “Megan” in the film, Table Manners, and starred in the multi-award-winning film, Sink, directed by AFDA alumnus Brett Michael Innes.

VUYO DABULA: is a household name in South Africa for his role as ‘Gadaffi’, in the SABC soapie, Generations. Besides Generations, he has played the role of ‘Tsetse’ in the third season of the SABC1 drama series Yizo Yizo, featured as a defence lawyer ‘Titus Lesenya’ in the SABC3 soapie Isidingo, in 2011, starred as the lead role in the SABC2 mini-series Monna Wa Minno.

Vuyo has showcased his acting talent on the big screen too. He has starred in a number of feature films including the AFDA award winning feature film – Soldiers of the Rock. He featured in international feature films Invictus, Small Town Called Descent, Finding Lenny and recently won Best Actor in a leading role at the Rapid Lion – South African International Festival, for his role as ‘Tau’ in the internationally acclaimed and multi-award winning South African western, Five Fingers for Marseille.

THUTHUKA MTHEMBA: Thuthuka is currently in her 3rd year at AFDA Durban studying live performance and already risen to fame for her role as Nonka on Uzalo, the most watched and record breaking viewership of over 11 million people. She recently was casted as Sthandwa on a series called eHostela.

In 2016 he landed his first starring role in television in the Mzansi Magic drama series Igazi in which he plays Prince Phila Mbangatha. He starred in the feature-length film The Lucky Specials and also starred in the third season of the SABC1 sitcom Gauteng Maboneng in the role of Mo.

Oros is definitely no slouch when it comes to social media, in fact he a sensation on the web with over 592K Instagram followers.

NOXOLO MATHULA: Noxolo graduated from AFDA Durban with her degree in Live Performance in 2015. Born a natural performer, Noxolo is currently basking in the limelight after landing the lead role of “Lilly” on the SABC show Uzalo – the most viewed television show in South Africa with over 9 million daily viewers. Noxolo has since been cast in another role on the groundbreaking Mzanzi Magic show, eHostela, in which she portrays the character of “Fikephethwe”. She has also starred in a few of Mzansi Bioskop shows, namely Abasebenzi 1&2 and Abo Chommee and Ibutho.

Noxolo, in her short career already has over 188K on Instagram

LEMOGANG TSIPA: Lemogang is an AFDA Cape Town Alumnus with a B.A degree in Live Performance. He was recently awarded the Alumni Award for Outstanding Achievement, alongside two other industry heavyweights: Cait Pansergrouw and Nosipho Dumisa. In 2019 he played a role in the film directed by the famous British-Nigerian Actor Chiwetel Ejiofor, The Boy Who Harnessed the Wind.

In 2017 Lemogang made his film debut lead role in, Craig Friemond’s, Beyond the River. Following this, he featured in a series titled Troy: Fall of a City (2018).