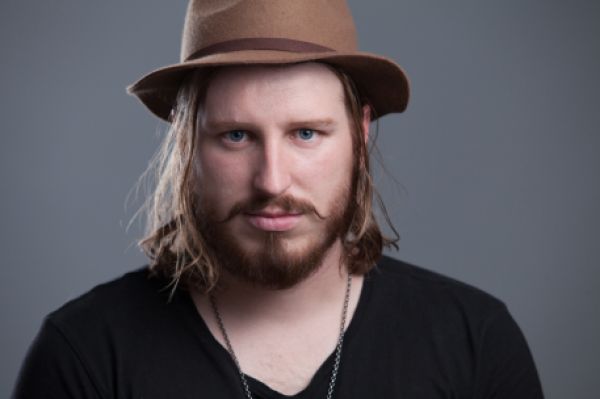 AFDA Cape Town honours alumnus Ryan Kruger’s obsession with film started at the age of 14 when he was given a camcorder and feverishly started filming his friends and family in a series of short ‘movies’.

Exploring themes of criminality, wacky relationships and action-driven plots, he slowly began to nurture his narrative style and soon found his passion in the art of storytelling.

After graduating from high school in 2001, Ryan jumped at the opportunity to obtain his acting diploma from the Guildhall School of Music & Drama in London where, to fill some free time, he took on a personal project: a gritty reality-type show called GTV!  For three years Ryan delved into the underbelly of the live music scene, filming with some of the world’s biggest rock bands like Juliet Lewis and the Licks, Misfists, Slipknot and Black Flag, all of which allowed him to get a glimpse into the lives of a rock stars.

At the same time, Ryan also started out in front of the camera as an actor, landing roles in British TV series such as Shameless, feature films like Millions, directed by Danny Boyle, and the more recent Warrior series from HBO.

In 2008, and at the age of 22, Ryan left the UK and headed for South Africa, enrolling at Cape Town’s AFDA Film School where he received a bursary to complete his honours in directing and writing. Not being one to take things easy, he quickly made connections while studying and approached local bands with the offer to direct their music videos.

Today, he is known as the top music video director in the country, having conceptualised and directed over 90 music videos for many of SA’s most prolific artists and has picked up accolades and awards along the way, both locally and internationally, including a South African Music Award (SAMA) for his work with rock band Prime Circle and the top three spots in MTV Africa’s 2013 Music Video Awards.

Three years ago Ryan decided it was time to fulfil his lifelong dream goal and made the leap to feature films and started writing and directing his first movie, Fried Barry.

Says Ryan: “At the time I was in a bad place. I was very ill and nearly died. At the same time, I went through a break up, my cat got cancer and I sunk into a deep depression. While I was in this dark hole I asked myself what was the one thing I’d always wanted to do with my life and the answer was … to make a film.

“I got the idea for Fried Barry one night and I knew that this was the movie I wanted to make. I spent three days writing a brief scene breakdown and a month later I was shooting the feature.”

Fried Barry follows the story of Barry, a drug-addled, abusive man who, after going on yet another bender, gets abducted by aliens and takes a backseat as the extra-terrestrial visitor assumes control of his body and takes it for a joyride through Cape Town.

“What follows is an onslaught of drugs, sex and violence as our alien tourist enters the weird and wonderful world of humankind,” says Ryan.
Shot in and around Cape Town, the movie took 18 months to film, with post production taking another six months to complete. Ryan cast Gary Green in the titular role, a risk given that Green is an untrained actor.

“I had to work with him very closely to get exactly what I wanted, so he never ever saw a script or had any info on what we were shooting. To work with Gary I needed a clean, blank slate every day so he wouldn’t over think anything but rather be in the moment without any distractions. Ultimately, this role was made for him and no one else could have done it justice. He was amazing, always willing to do another take to get it right and just trusted me with the process.”

Other cast members include Hakeem Kae-Kazim (Black Sails, Deep State, Dynasty), Chanelle de Jager (Projek Dina), Sean Cameron Michael (McGyver, Blood Drive, Shooter) and Brett Williams (Outlander, Black Sails, Raised by Wolves), amongst others. The film also features a cameo appearance by Ryan, in a nod to two of his cinematic heroes who often appear in a blink-and-you’ll-miss them scene in their own movies, Alfred Hitchcock and Quentin Tarantino.

Although yet to be released on the cinema circuit, Fried Barry has been screened around the
world at some of the biggest genre festivals, including Sitges in Spain and Fantasia in Canada, picking up 22 awards along the way.

“The film has had great reviews and fans love it,” says Ryan. “It has scored 82% percent on Rotten Tomatoes, which is pretty good, so I am very happy.”

In addition, the film has garnered cult status from devotees around the globe, many of whom have been sending fan art to Ryan along with photographs of their self-created Fried Barry tattoos!

“Fried Barry really is the first of its kind in SA cinema,” says Ryan, “and I think that it is going to break that mould and start a new wave of films that’s going to come out of this country.”

Fried Barry is set for an international release in May 2021 and Ryan is looking forward to having a wider audience watch his film. Although there is no date yet for a South African release, Ryan is optimistic that it will cut through the clutter and get locals audiences to sit up and take notice.

“You will either get it or you won’t. You’ll either love it or you’ll hate it. But no matter what you think about it, it’s a film you can’t or won’t forget,” he says.