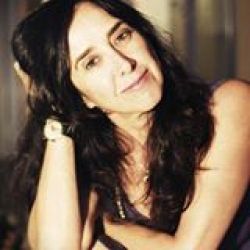 Robyn Aronstam graduated in Dramatic Art Honours from the University of Witwatersrand in Johannesburg in the turbulent 1980’s. Her student films were screened at the Cannes Film Festival and banned by the SA government.   At the height of the struggle against apartheid Robyn worked in documentary film, producing and directing for labour unions. She was active in FAWO (Film and Workers Organisation) helping establish the first non-racial film school, working on the funding as well as the curriculum. After democracy in South Africa in 1990, Robyn helped produce the official ANC history series ULIBAMBE LINGASHONI (1992).   Her passion for narrative led her to feature films and Robyn began her career as script supervisor on international anti-apartheid features, filming in Zimbabwe and Mozambique. She worked with Mira Nair in South Africa in 1993, and has since collaborated on all her films over the past 20 years. Robyn was awarded Associate Producer on MONSOON WEDDING (Winner of the Venice Golden Lion 2001)for her contribution to the film.   Robyn has worked as script supervisor with other outstanding directors – John Boorman, Kathryn Bigalow, Doug Liman, Sydney Pollack and inspiring actors including Juliette Binoche, Sean Penn, Reese Witherspoon, Dominic West, Irfan Khan, Gong Li, Lupita Nyong’o and David Oyelowo.   Robyn also writes screenplays for TV (Isibaya), as well as script editing. She directed on 4Play Sex Tips For Girls (2011) and makes short films and AD’s (assistant director) on commercials.   Having worked across the world and on a wide range of narrative films, Robyn understands the importance of writing a script that translates successfully to the screen. She has taught narrative film skills for the past 25 years, in Southern Africa, and has guest lectured in Mumbai, India as well as at NYU Tisch School. She has honed her skills and knowledge in the practical application of story and how to take it to the ultimate level of cinema. In 2017 she accepted the position of Head of Film School at AFDA, Johannesburg.