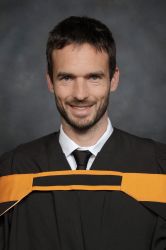 Bastian currently heads the Television Writing department at AFDA, the South African School of Motion Picture Medium and Live Performance in Johannesburg. Apart from Television writing, he teaches psychology and philosophy for Production Course. He represented AFDA at the D&D Spring School in Helsinki, Finland and continues to consult and write for pitches or companies, for example YFM, for whom he developed a reality show together with their writers. “Ground Zero” is about finding the next DJ and will air on ETV later this year. Bastian is also an experienced international TV professional who holds an MA in Philosophy, African Studies and Political Science from the Universities of Hamburg and Barcelona. Born in Germany, he has worked for Fremantle Media and the ITV Group in Germany, the UK and South Africa. He worked on TV formats like Come dine with me, 4 Weddings, I’m a celebrity get me out of here, Dance your butt off, Farmer wants a wife and various other reality- and game shows.