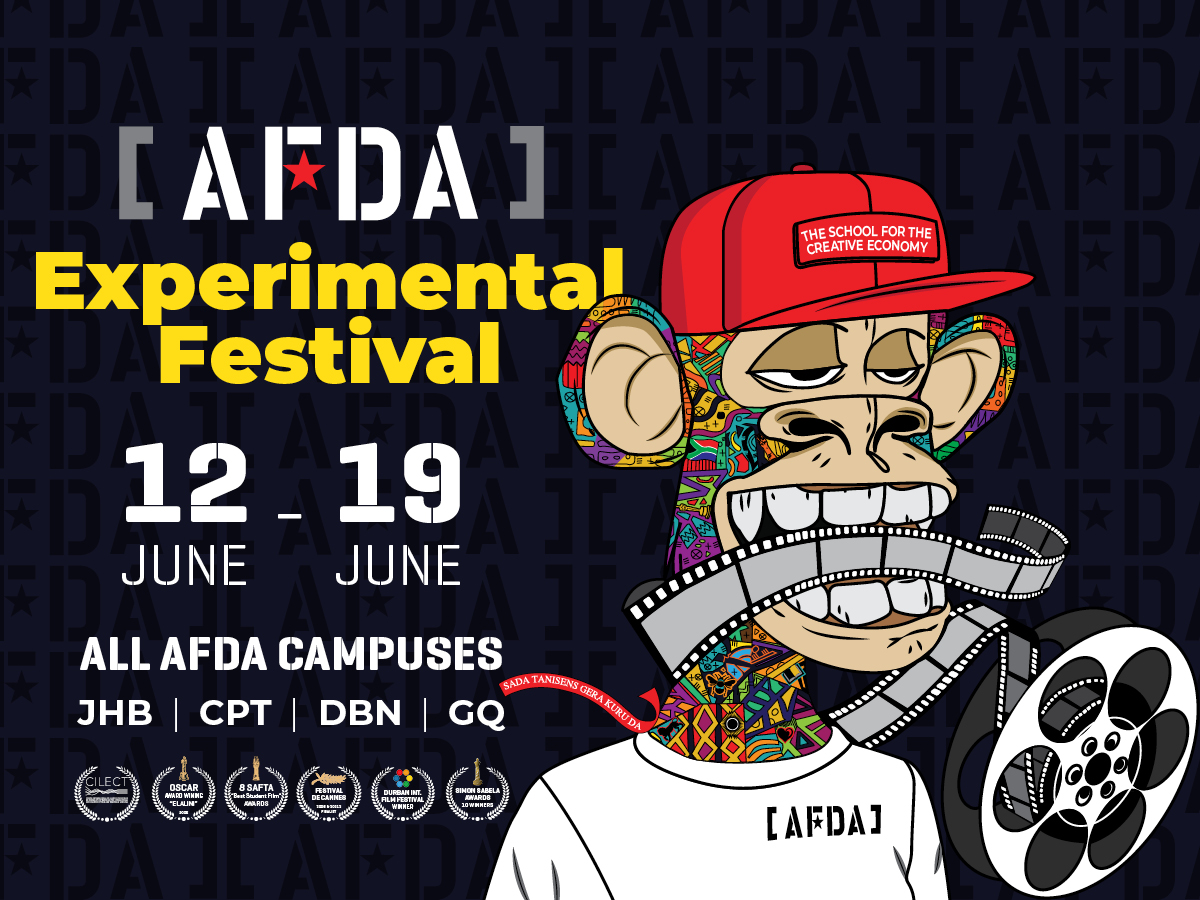 AFDA 3rd year students from our Johannesburg, Cape Town, Durban and Gqeberha campuses promise to offer audiences an eye-popping and mind-boggling experience at the annual AFDA Experimental Festival. As part of their curriculum, students explore experimental concepts and present their outcomes from their own courses which embodies the scope of the future of the South African creative economy.

The AFDA School of Business & Innovation students will pitch their cutting- edge, on-the-money business concepts.  The Film School students will screen experimental films and TV documentaries and the Live Performance School students will stage experimental theatre plays and music performances.  “The experimental festival is a unique opportunity for third year students to discover and express their artistic intent as well as experiment with film, theatre, music and television craft techniques. AFDA is also extremely proud to have our third year B Com students present their innovative business models to the public in this creative space” says AFDA CEO Teresa Passchier.
AFDA student productions have been hugely successful both locally and abroad. These include the film ‘Elalini’ which won the Best Foreign Student Film Oscar in 2006, ’Kanye Kanye’ which won over 20 best short film awards worldwide, and was a finalist for the Oscars and Cannes in 2012. Additionally the feature films, ‘Die Windpomp’ and ‘Hollywood in my Huis’, were AFDA student films which were later developed into feature films. AFDA student films have also won eight SAFTA’s in the “Best Student Film” category.  The annual AFDA Experimental Festival will be showcased on the respective AFDA Campuses and live streamed at: festival.afda.co.za