AFDA student and alumni films are once again very much part of the Durban International Film Festival programme. The festival kicked off last night and will run virtually from 22 July-1 August 2021.

Three AFDA Durban 2020 graduation films: “Entanglement”, directed by Clarise Baptist, “The Writings on the Wall”, directed by Mohammed Dalair Khalil and “I’d Like to Report a Suicide”, directed by Guy Vaubell, will be screening at this year’s Isiphethu industry-focused programme. You can catch these films virtually and for free at #Diff2021.

AFDA alumnus Jordy Sank’s film “I am Here” competes in the International Documentary Festival programme.  The life-affirming documentary celebrates the remarkable life of Ella Blumenthal. At her 98th birthday celebrations she opens up to close friends and family about her story of survival during the Holocaust, in a way she has never done before.

Her recollections, depicted through dynamic 2D animation, include tales of three concentration camps, and of narrowly escaping death in a gas chamber. Along with uplifting stories, like Ella dissuading her niece from ending her life.

The animation is juxtaposed with present day footage of Ella performing her weekly spiritual rituals, being active in the swimming pool and walking on the promenade in Cape Town. She is not your average grandmother, her vivacious personality and her positive outlook on life is truly inspiring.

A universal message of resilience – as Ella is the epitome of the will to survive. This film could not be more relevant in a world that still defines itself by what is other.

The short drama film “Heaven Reaches Down to Earth”, directed by AFDA alumnus Teboga Maleboga competes in the short film category. Teboga explains that the film “is at a crossroads of emerging stories: queerness in Africa, traditional expectations of men within those African cultures, and the isolation that many of us find ourselves currently dealing with.”

AFDA alumna honours graduate Minenehle Luthuli’s captivating short film ‘Heart Attack” also competes in the short film category.  The film follows an orphaned and accomplished cardiologist,  who is challenged when she has finds out she has to operate on a man that killed her mother.

The mission of DIFF is to develop and deliver a sustainable world-class film festival, which engages stakeholders and achieves critical acclaim by presenting a unique program that inspires, challenges and entertains an increasingly broad and diverse audience. The festival aims to offer a platform for content that is unavailable through mainstream cinema to both local and international audiences.

Presented by the Centre for Creative Arts at the University of Kwazulu-Natal, DIFF is widely regarded as one of the leading film festivals on the African continent and a vital event on the international film calendar. DIFF has three principal strands: the seminar and workshop component to stimulate industry development and a community outreach programme to service marginalised audiences, and the celebration of cinema through the exhibition of films. 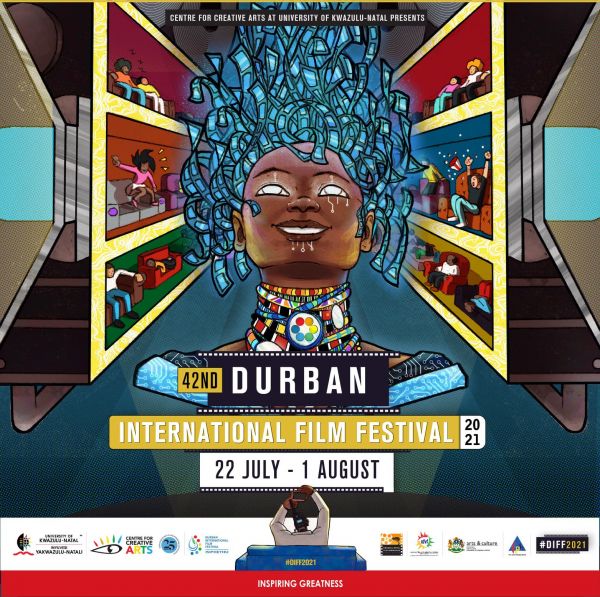