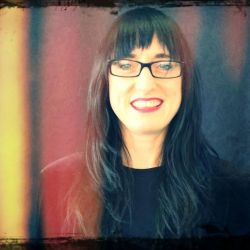 Shmerah Passchier is a digital filmmaker who has worked all over the African continent including Nigeria, Cameroon, Tanzania, Zanzibar, Kenya, Botswana, Angola, Mozambique, Uganda and Zambia shooting documentaries and television shows. Shmerah is a writer, director, producer, editor and camera operator. Shmerah teaches Film Theory & Analysis, Nollywood & Nigerian Cinema, Writing for Television, including Reality TV & Telenovela, Digital Cinematography, Post-Production for Television, Production Design, Broadcast Design, Ethnography in Film & Television Research. Shmerah graduated from the AFDA Honours programme in 1998, then completed an AFDA MFA in 2011 followed by a MA in Social Anthropology in 2014. She is currently undertaking a PhD in Communication Studies at the University of Johannesburg, under the supervision of Professor Nyasha Mboti.