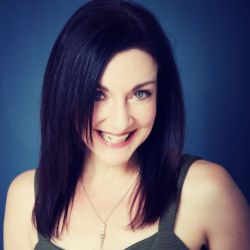 Heidi Mollentze, lives life with passion and positivity. Her career as a bilingual (English & Afrikaans) actress and voice artist started 21 years ago in Johannesburg. She was fortunate enough to perform on all major SA stages, (as well as many small ones!) in a wide variety of musicals, dramas, comedies and farces. A few of Heidi’s favourite stage productions include Buddy, The Buddy Holly Story (Pierre van Pletzen); Little Shop of Horrors (Janice Honeyman); Whore (Deon Opperman); Skilpoppe (Liz Meiring) and previous years’ annual farces at the State Theatre, Pta. Heidi enjoys film & TV work as much as stage performances. She starred in many of SA’s most loved ‘soapies’ (Egoli, Isidingo, Villa Rosa, Generations & Binnelanders). Heidi is known for her versatility on SA television screens in, amongst many other series, Haak & Steek (Casper de Vries); Dit Wat Stom Is (Franz Marx) and the popular Swartwater. She is a highly sought-after voice artist for most SA TV channels and she can often be on the radio in advertisements, announcements and radio dramas. Heidi does professional translations for tertiary learning centers and private training in communication-, presentation-, public speaking skills to SA celebrities and leaders in the business sector. Heidi lectures Speaking Voice and Stage Performance at AFDA, Jhb.